Home / The AARCHer / Patrimonio: What I Learned in Cuba

Patrimonio: What I Learned in Cuba 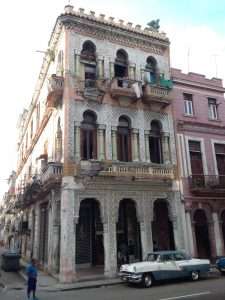 Since leading the first AARCH tour to Cuba in January, I’ve given slide presentations and interviews a half dozen times. The questions are always interesting and often provoke lively discussions about the differences and similarities in preservation work between the Adirondacks and Cuba. I can usually provide answers about the similar challenges we face: impact of the weather, lack of funds and resources, state bureaucracy, too many projects at once, the poor economy. But I’ve been thinking a lot about what’s different about historic preservation in Cuba and how to explain why I was so moved by what we saw on the tour there.

My thoughts are prompted by a documentary film I watched last week called Unfinished Spaces about the National Arts Schools designed and partially built at what was the Havana Country Club before the revolution. 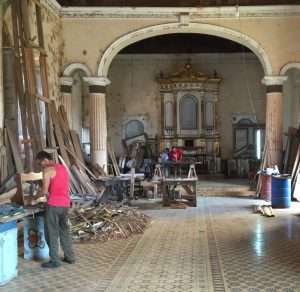 It’s a fascinating story and well-made film that I highly recommend. Although the project has not been completed, the arc of the story captures what I took away from Cuba after many hours of talking to historians, architects, preservationists and construction workers, and walking the streets of the historic centers in Havana, Trinidad, Remedios and four other Cuban cities.

In the US we don’t really have what the Cubans refer to as patrimonio. Although it translates into English as “heritage,” the concept means much more there than the manifestations of history, which is more or less what heritage means here. In Cuba, the word patrimonio is part of the everyday language, you hear the word a lot. But in listening to the way the term was used, I came to understand it as something both physical and intangible. The built environment 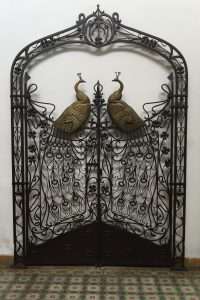 embodies the experiences of the past, but it is also the way that humans transform memories and cultural traditions into reality. So preserving the patrimonio is about preserving the dignity and culture of Cuba as much as it is about physical spaces and buildings. And in Cuba it is more about the inhabitants, the people, than about property. To be even more abstract, I think patrimonio is the soul of the nation and it belongs to everyone.

Euesebio Leal, the Historian of the City of Havana, is a master of inspiration about the work of preservation. In his book about Old Havana, Lest We Forget, he writes, preservation “is reminiscent of the silent industry of the beehive, in which the workers are ennobled by their own superb use of materials. For it is not through the worship of the artifacts themselves but what they evoke, that objects may be persuaded to yield up their memories.” Pure poetry. If you are ever feeling frustrated or discouraged about your own projects, go find one of his articles. He doesn’t downplay the difficulties that Cuba faces but puts them in perspective. 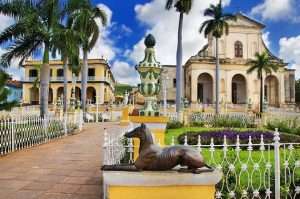 All of the historians and architects we met with in Old Havana were conscious of the enormous task before them. Approximately one-third of the historic district has been restored and many people are now living in buildings that have seriously deteriorated. The reasons for this situation are many and worth discussing, just not today. Being there, I felt a sort of patient urgency, if there is such a thing, from a range of people with different roles — preservation leaders, workers on building sites, students at the preservation trades school, someone fixing up rooms for rent. In this challenging situation, they seemed to be trying to figure out how to do together what we do mostly separately here, as individuals. That’s why I want to go back to Cuba with a tool box and gloves and help save This Old Patrimonio.