Beyond the Blue Line: Seneca Falls

Multi-Day, Not currently being offered
Multi-Day! 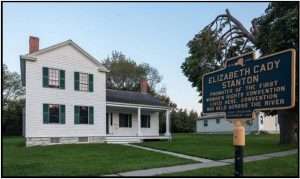 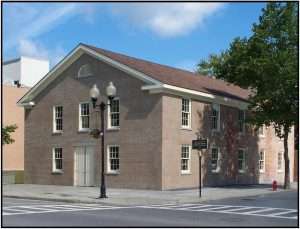 By the first half of the nineteenth century, Seneca Falls had established itself as a socially progressive village, with many residents vocally supportive of social religious reform. The town was active in the Underground Railroad, the Temperance Movement, and, arguably most famously, the Women’s Suffrage Movement. Seneca Falls was the site of the first Women’s Rights Convention in 1848, organized by several notable women, including Elizabeth Cady Stanton, Mary Ann M’Clintock, and Jane Hunt. The town was also progressive in terms of industry—for decades, Seneca Falls’ prosperity was in part due to its successful waterworks industry, including Gould’s Pumps. 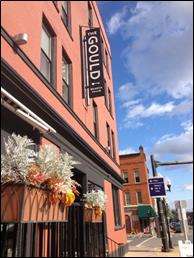 Our trip to Seneca Falls will begin in the early afternoon on Wednesday, July 12 and conclude on Friday, July 14. We will be staying at The Gould Hotel, a historic hotel that has been restored and reopened as a boutique hotel. Our itinerary includes a visits to many important Seneca Falls landmarks— the Historical Society Museum, Cayuga Street and downtown, Trinity Church, and the Seneca Falls Waterway Museum. We will also have the opportunity to see a unique adaptive reuse project at the Seneca Knitting Mill, an building in the process of being converted into the new National Women’s Hall of Fame.

On Friday we will spend the day at the Women’s Rights National Historical Park, including guided tours of the Elizabeth Cady Stanton House and Wesleyan Chapel, site of the first Women’s Rights Convention.

The fee for the tour is $600 per person for double occupancy. Single occupancy add an additional $150. This price includes overnight stays at The Gould Hotel, continental breakfast at the hotel, and three additional meals, gratuities, and admission to all sites.