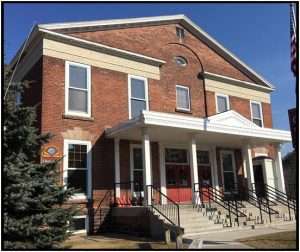 May is Preservation Month and we’re celebrating by bringing you to an often overlooked gem in Franklin County.

The town of Chateaugay was formally incorporated in 1799. The town is rich and varied in its history—its strategic location led to action during the War of 1812 as the staging ground for American troops who fought in the Battle of Chateaugay (Quebec). Long a farming and agricultural community, the town’s economy thrived with the introduction of the Northern Railroad. The town experienced several tragic events throughout its history, including a tornado and fires that devastated Chateaugay’s built environment more than once. Despite setbacks, the residents rebuilt.

This walking tour will focus on the village, including Main Street and surrounding thoroughfares. In addition to residences, the streets are lined with churches (including a church converted to a residence!), an old hotel, historic commercial properties and storefronts, and a town hall that contains a movie theater and a bowling alley! 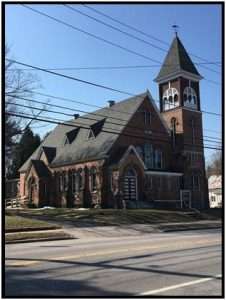 The outing will be begin at 10:00 a.m. at the Town Hall, located at 191 East Main Street, Chateaugay.  We will be led by Mick Jarvis of the Chateaugay Historical Society.

Pre-registration is not required, but it is appreciated.